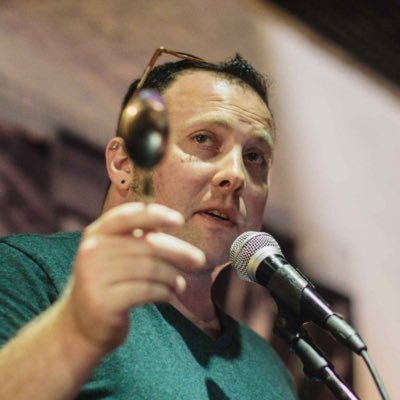 This week Roberto Torres from Technically just shared a really great article about something that I’m really excited about: the Philly Dev Night Philly Game Mechanics community finding a home with Indy Hall.

For the unfamiliar, “Dev Night” is a confusingly named community of people who love making and playing games. I say confusingly named, because you don’t need to be a developer to be a part of dev night. I’ll explain more in a minute.

But I’m especially happy with the article’s intro line:

“Indy Hall celebrates a lot of the same stuff that we do,” said Philly Dev Night organizer Tabitha Arnold.

Because Tabitha’s so, so right. And believe it or note, we didn’t coordinate our quotes with Technically.

This announcement is notable for a bunch of reasons, but one of the less obvious ones is that historically, we have been pretty intentional about not treating Indy Hall as an event-space-for-hire.

We do host events, of course. Most nights of the week there is something going on in our community, ranging from a casual gathering to a more formal, or topical, activity.

But the thing that’s a little bit unusual about our events is that they are almost entirely for and by our own community. When we do host groups from the broader Philadelphia community, including Meetups like DPM Philly (digital project managers) and Content Strategy Philly, a TEDxPhilly or Barcamp Philly brainstorming session, it’s with a specific intent to introduce communities to each other in some way vs operating as a “room for rent.”

Renting out our space for events might bring in a few extra bucks, but I think a lot about how it impacts the people for whom Indy Hall is their work home.

The feeling is a lot like coming home at the end of the day to find a complete stranger in your kitchen cooking and tasting porridge, sitting in your chairs, or trying out your beds.

The bears weren’t thrilled to find Goldilocks commandeering their digs (and I don’t think that they’d put their house on AirBnB).

So if you read the Technical.ly article linked above, you’ll notice something about Philly Dev Night is different. Not entirely new and different, since we have had a similar relationship with the Philly Cocoa community in the past. And frankly, this new relationship with Dev Night has actually made me want to rekindle that connection. (Zorn & crew…look out for a note from me soon. ????)

Below is a more set of notes that I sent to Roberto about why I’m excited about this potential and what I have learned about the Dev Night community, and some of the important cultural roots and values that we share:

We’ve been friends with a lot of the early Dev Night crew since the start, even before the Game Forge was a thing. Will and Dain from Cipher Prime are longtime friends. Indy Hall was also home to the local chapter of IGDA back in the day, including their annual global game jams. Those meetups were how Flyclops co-founders Jake O’Brien (then an indie iOS developer) and Parker Whitney (then Indy Hall Den Mother) initially met and released their first game together.

As The Game Forge began to come together, it gave birth to Dev Night. A weekly event that really was more of a community unto itself than an event.

I had lunch a few months ago with the Dev Knights — the leadership crew behind Dev Night. They were looking for advice on finding a venue, but knew that their needs just didn’t match most places.

And the more I talked to them, the more I realized why. What they call “Dev Night” is actually three distinct experiences that the Game Forge space made possible in somewhat unique ways….and those experiences made Dev Night difficult to host in a “normal” event space.

One, it’s a place to create together. Creating is in the DNA of the Dev Night community. Every month (and sometimes every week) their game jams were encouraging people to embrace constraints of time and themes to make something new. The Dev Night crew had figured out something that Indy Hall learned a long time ago: one of the most powerful ways to build lasting relationships is to make stuff together. Communities thrive on this particular kind of doing.

Two, it’s a place to share together. There’s an inherently generous nature to Dev Night. Everyone wants to play everyone else’s games. That makes people want to share their games. For feedback and critique. For fun. The built in motivation of sharing what you have — the abundance mindset — is also a big part of why Indy Hall exists the way it does today.

And three, it’s a place to learn together. The foundation of Dev Night was always to help create the game dev ecosystem in Philadelphia that didn’t exist. Will and Dain sunk a lot of their resources into a very forward-thinking objective: to bootstrap what a community that wasn’t there (or find one that was here, but seemingly hidden) and make it visible to newcomers. I literally have notes form when we were getting Indy Hall started that set two objectives: first tell Philly, then tell the world. It felt like we didn’t have the kind of tech/creative community that I crave but saw elsewhere. So we found it, and built a home together.

All of this is to say — the more I heard Jake, Kotaro, Shawn, and Tabitha describe the Dev Night community the more I realized that our communities exist for the same reasons. They didn’t need an event venue, they needed a reliable clubhouse for their club. That’s a very different kind of need, and it’s pretty rare that TWO communities have the potential to contribute to each other in the ways that Dev Night and Indy Hall do.

I’ve already seen the nascent bridge between our communities spark a few times — for some of our alumni like Flyclops it’s kind of a homecoming, and they get to show another community that they’re a part of what Indy Hall has been about for them. And the Indy Hall community has always been playful, but we’ve never had a consistent group of champions for intentional play like the Dev Night community has been.

We’re not forcing a crossover here — that kind of “partnership” doesn’t work anyway, at least not long term. And a big part of me advocating for this was the long term, especially knowing that Dev Night has had rocky footing for the last year or so. They’re important for Philly, and I want them around for a long time.

This is much more than symbolic, I think this is us each bringing our unique strengths as communities to each other with the curiosity for what happens next.

It’s early days for our communities playing together — we’re still figuring some things out — but as you can probably tell I’m optimistic ????

If you’d like to meet the Dev Night crew, check the calendar on their website. They have gatherings planned at Indy Hall the first and third Thursday of every month, ranging from creative, inspirational, and educational talks; to nights for playing local homebrew games; to collaborative game jams where you can literally make a game, even if you’re not a developer (and even if you’ve never made a game before, but always wondered if you could).