The secret power of saying “I don’t know” 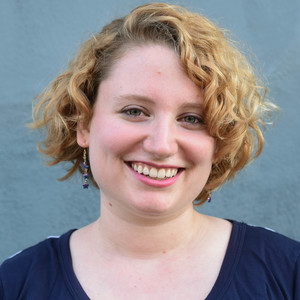 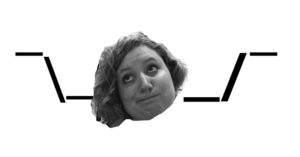 When you’re a community builder, your job is to have an eye on everything.

Is someone new coming in for a tour? What does that guy do? Are we running low on toner or paper towels? Who knows UX design? What was that weird thing that happened with this member’s payment three months ago, do you remember? Where’s a good place for lunch?

When you job is “community” you are stretched in all directions, every day. It’s just how we work, part of the package.

And with my know-everything mindset, I find it incredibly tempting to be the answer to everyone’s problems all the time, and to be that helpful resource that knows the solution before you even need to ask.

You can see where this is going, right? Burnout.

I’ve talked about burnout before, on Alex’s podcast after Indy Hall’s big move in summer of 2016. Our process for moving Indy Hall from one space into another is an extreme example, but I’ve also experienced burnout in smaller ways shortly after I was hired at Indy Hall.

Like a lot of people, I started the job raring to go, excited to dive in headfirst, and soon found that it’s just not sustainable to constantly try to be everything to everyone.

I slowed down and tried to chill out a little, for my own self-preservation.

And that’s when I discovered the beauty of “I don’t know.” It wasn’t just good for me, it was good for our community, too.

What happened when I started saying “I don’t know”

Typically, when a member would come to me to ask a question, they’d get the answer and go back to work. From a customer service point of view, this works fine.

I’m here to connect members to each other, to create opportunities for people to interact, and to help members leave their mark on this community.

So I started leaving space for members to seek things out for themselves. To take more ownership of their experience and needs. And maybe most importantly, to help others find solutions to the same problems they would have asked me about before.

How saying “I don’t know” helps members leave their mark

Let’s use a simple example that you’ve probably encountered: a member left their phone charger at home needs to plug in before their battery dies.

“I don’t know - maybe ask on Slack, or ask the people sitting around you?”

Yes, I could look around and see who has a phone charger. But asking the member to do that (instead of me) encourages them to notice the people around them, and ask their neighbor for a tiny favor that I know will be a “yes.” And if someone’s not into speaking in person (introverts, unite!), online tools like Slack come to the rescue.

Point being: instead of getting used to just talking to me when they need something, members get used to having a conversation with another person they may not have spoken to before. And — bonus — the person lending the charger (or book, or whatever it is) gets to contribute to another community member’s day in a small way.

This example might seem silly and small, but it’s little moments like this that remind people they can help each other.

And it paves the way for larger, more complex questions.

Needing a charger is pretty simple, but what about when a member is looking for a designer to work with? Or a member is thinking of moving to a new neighborhood, but doesn’t know where to look? Or is looking to expand their business into something else, but isn’t sure where to start?

Sure, I might be able to help. And sometimes I can!

But that’s also a lot of pressure if you’re trying to be the sole source of knowledge. What if you’re wrong? They could waste a lot of time, or even end up going in the wrong direction.

Sometimes it’s better to say — you guessed it — “I don’t know, but you should ask the community!”

Giving your community a chance to contribute in a larger way is a real gift.

Have you ever been the person to guide someone towards their new career, new home, or new favorite hobby?

It’s amazing! You get to make a difference in someone else’s life- whether it’s in a large or small way, it makes you feel like YOU matter in your community.

So when someone asks a larger, tougher question, the best thing I can do for them and for the community is to say “I don’t know,” and point them in the right direction…usually in the form of someone to start talking with, somewhere to post a question, or a Slack channel where members might have an answer.

Some examples from recent memory:

This is just a sampling: the beautiful fact is I could fill pages with examples like these.

And best of all, each of these examples are completely sustainable because they don’t depend on me to be the source. I don’t need to nudge people to use the 3D printer, go grab a burger together, or start another roundtable, because the members are already doing it.

And if members lose their interest in 3D printing, or run out of burger recommendations (as if that could be possible!), I know that I don’t have to work to start something else up- replacements for folks to come together around will pop up in their place. All I need to do is point to those replacement interests, so other members can find them, too.

The exponential, long term effects, of “I don’t know.”

Breaking my habit of being a know-it-all has helped contribute to a shift in culture. Many times, members actively look for chances to contribute to one another, without my involvement to put them on that path. 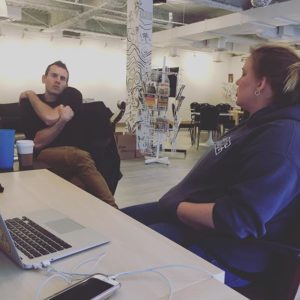 The other day I was sitting near a member named Rasa who turned to me and asked, “Sam, do you know anything about ecommerce, or know who I could ask a question?”

Before I could splutter out a guess, Cheyne (the member sitting across from her) turned and said, “I have an online store,” and proceeded to show her what he does, and how he does it. Before that moment I didn’t know that was part of Cheyne’s business, so I never could have known to point her to him for information.

This seems like “Indy Hall Magic,” but the reality is that members simply listen for those opportunities.

Even if Cheyne wasn’t the member to answer her questions, he would have pointed Rasa in the right direction too. This means that the community building I pride myself on is passed onto the members, who in many ways are better at it than I am. And once one member has helped another, that member wants to help, and it continues on and on until we have this unbelievable culture of contribution. It’s not just for members, either- I’ve benefitted from that culture, too!

So today, look for an opportunity to say “I don’t know.”

How would it help you? What would it provide for your community?