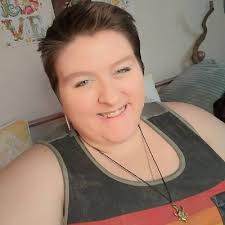 Welcome to our November 2019 blog series, where each week we’ll be highlighting one of Indy Hall’s micro-communities! These are just a sampling of the various and vibrant smaller communities that exist within the larger Indy Hall family. Some of them take place entirely online, some of them only in person, and a mix, too.

This week we will be highlighting the community of B-Team, our online and offline comic book club.

When I sat down with the founder of the #comicbookclub channel on the Indy Hall Slack, the first thing I noticed was that Adam kept referring to their group as “The B Team”. At first, I didn’t think too much of it. But then one day as we were grabbing lunch, he kept saying it, and so did the other members of the group.

Finally, my curiosity overwhelmed me and I was like, “Why do y’all call yourselves the B Team??”

Adam then proceeded to explain that what started out as a small group who would meet up in the Hall to discuss their love of comics started to grow, they started visiting a comic book shop around the corner as a group.

Apparently, one of the days they walked in together, and one of the employees said, “Wow, you guys are like the A-Team… but like, not that cool… you’re like the B-Team.” And, as any fan of comics or counter-pop cultural movement will tell you, when folks call you weird you embrace that shit.

Thus the name stuck, and the B-Team was born.

Since then, the B-Team has flourished, both online and off, as a hub for comic book fans to meet up, share articles, and most importantly, talk about their favorite comics. Sitting down with some of them for lunch that day Adam told me the B-Team origin story was such a delight, even though I had never, up until that point, read a comic in my life.

I admit that this very thing made me nervous to meet with them. I am a fan of MANY things, and so I am no stranger to certain fandom purists thinking you have to have read every book or seen every movie to even justify being in a space to talk about it. The B-Team proved to be everything but that.

When expressing to them that I never got into comics as a kid, and felt too much pressure to know everything as an adult, they all were quick to tell me, “No way!” and “You can become a fan at any time and in any way!”. I felt invited into the world of comics from our initial sit down, and I’m not the first person to feel the love.

Fellow Indy Hall member Bon shared that he felt the same way when he first joined up with the B-Team.

“I’d moved back to Philly about two and half years ago and the B-Team was my first set of new friends shortly after I arrived. I was working remotely with Amazon and didn’t have any other co-workers in the area so it made my daytime hours a bit more bearable.”

One of the biggest questions I had for members of the group is what makes this group stand out for them. What does the B-Team really mean in the lives of its members?

Member Edward said of their squad,

“My favorite memory so far is our in-depth reading group around the new X-Men books.  Before they released the translation guide we were all sitting there literally trying to decipher Krakoan. I do not know another group of people I can do that with!”

Meanwhile, group co-founder Adam had this wonderful story to share…

“One of the most powerful memories was during a very early iteration of the B-Team. I lent all of my copies of Watchmen to Rob Epler, a fellow Indy Haller and early B-Team member. I had every issue but one, issue 10, and I told him I’d give him my collected trade paperback for that one. The individual issues are out of print, after all, and I didn’t have any hope or expectation that I would personally commandeer for myself.

Rob and I bonded over that book. That was basically the currency of our friendship when I joined Indy Hall. It’s how I got to know him, it made me feel valuable to share the comic and introduce him to the medium, and it was a unique and personal example of what Indy Hall could be like for me. So Rob read all the issues, one by one.

We talked about them the morning after he’d read one. When he got to my missing issue, I offered my collected trade, but he said he didn’t need it. He bought the missing issue, read it, bagged and boarded it, and gave it to me.  He completed my collection. I know it wasn’t wildly expensive or extremely rare, but it meant a lot to me.”

To really bring things full circle, after my meeting with the B-Team that day for lunch, Adam came up to me and lent me some comics he thought I might like, the first of which I proceeded to devour when I got home.

While this was a standout as both my first fond memory with B-Team and the first comic I’d ever read, I have a great feeling that neither will be the last.